I am always overly busy and pretty much always stressed.  However, I handle stress quite well so life just goes on.  But, sometimes (okay - a lot of the time) It doesn't matter how much I work, how long I stay up, or what I do, I am totally drowning.  Even with the help of my husband, my family, and Paige - I just can't stay caught up.

My mom always taught me to pick ONE thing, finish it,  and then move on.  Even though I have NEVER been able to do that (and neither has she really - Love you mom! :)  I am going to try.   I just seem to do better jumping around from project to project - my brain just works that way.  I think I may be enrolling myself in Brain Balance :)

So - since tonight I have tried and failed at most of my list, I am starting with ONE thing like mommy taught me and I am going to post all of the kid updates I can remember from the last week.  I usually write things down when they happen so I hope I have them all written down or in my brain.  Here goes! 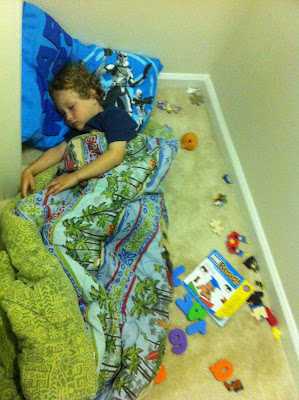 Hazel:
Okay well now that it is almost 3:00 am  I am going to bed so I get at least 3 hours of sleep (I hope).  I didn't follow what my mommy taught me and I still did a few other projects while I was trying to blog and it sure made it take longer than I thought it would.  Hey!  At least I finished!

Posted by Brain Balance Mom at 2:55 AM