We Are Going Green!

We have already taken a lot of steps to "Go Green" over the years, but here are a few recent ones just to make the blog fun :)

We have replaced these.....

We also replaced this.... 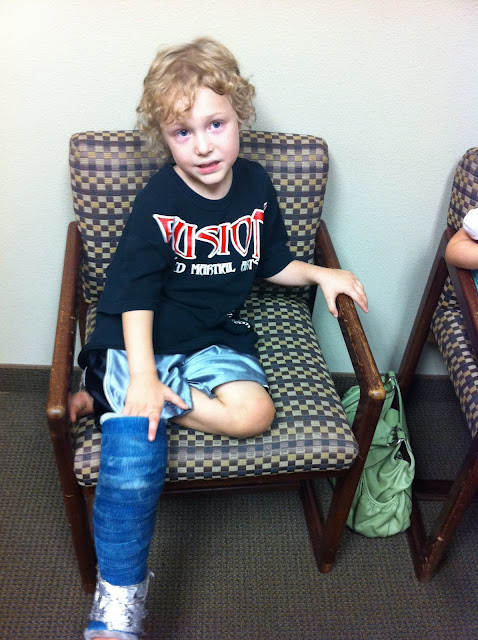 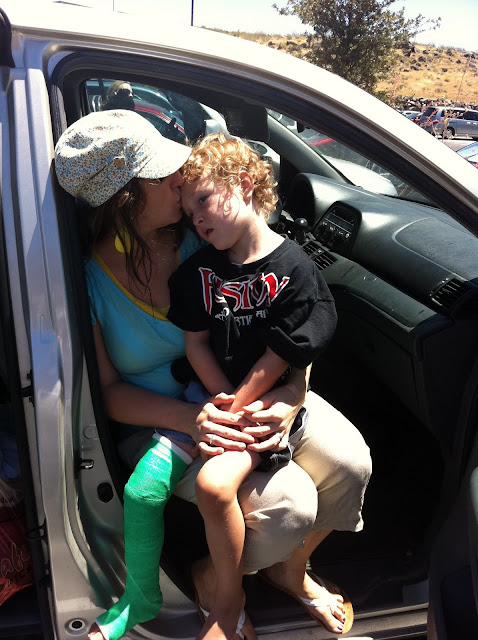 Yes, that is correct.  Wyatt got a new cast.  That was actually what I had really hoped to avoid and didn't think would happen.   So why did it?  Well let me tell you.  Wyatt had worn a hole in the bottom of his cast from dragging it around the first 2 weeks, but we had taped that up and it had been fine.  But then he overflowed the toilet during his new fun game of "unroll the entire roll of toilet paper into the toilet and try to flush it".   Most of the time I had caught it before it actually overflowed, but this time I found him standing in a pool of water...  After that the cast smelled worse and you could tell the structure was compromised so I had to take him in.
I was hoping and really thought they would just tell me that it had been 4 1/2 weeks and that they could just take it off now and be done, but that was not so.  They said that either way it had to come off because of the water so they brought in their big saw and started cutting.  Wyatt actually did really well considering... They said that removing a cast is traumatic for ANY child because of the loud saw, the pressure it puts on your leg and the fact that you are watching a saw and hoping it doesn't cut you!  Wyatt was very scared and was crying pretty bad.  Paige and I both had to hold him so he wouldn't move so we don't really have any video of the sawing part, but here are a few videos of him getting the cast off.  Still so sad!

Here is a picture of the X-ray.  As you can see, there is still a break in the bone... He said that it was healing up, but hadn't all the way.  He said that if I could ensure that Wyatt wouldn't run or jump, we could leave the cast off and just be careful.  Ha!  Obviously, the cast went back on!  He said that just jumping could re-break the leg and we were NOT going to risk that! 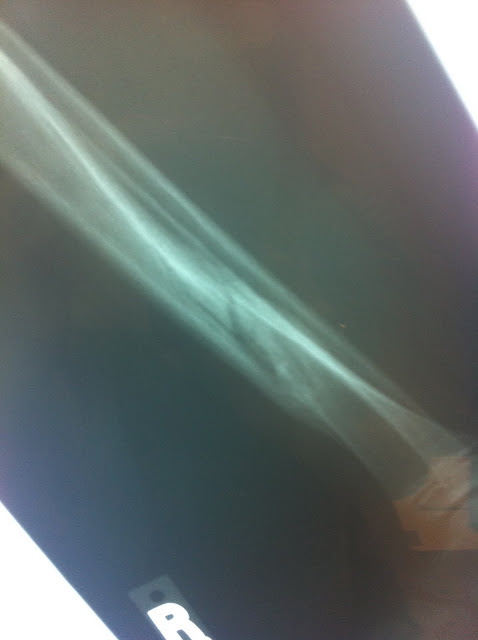 I tried to explain to Wyatt that we had to put his cast back on.  I know he understood me.  He started getting teary and his lip quivered a bit.  He was sad and scared.  When the doctor asked him if he wanted red or green, Wyatt said "car".  That was his way of saying, "I want neither, can we please leave now?!"

He was a very good boy as they put his cast back on.  He whined and whimpered, but sat still so they could do it.  The doctor said he could go ahead and walk on it now (which he was already doing!) but they put the cast on kind of strange and the poor guy is stuck in a "tip toe" position!  He is trying to walk all over like that and it is hard for him and looks so uncomfortable!  If taking the cast off wasn't so traumatic, I would go get a new one put on him.  But since he only has to wear this one for 2 weeks (we hope!) then we will just have to live with it the way it is.

This little boy has been through just about everything in his life.  It seems like if something is going to happen, it happens to him.   However, he has always been so brave and does very well even considering his circumstances.  I truly wish I knew what was going on in his head during all of these trials he has had.

He always has such a good attitude though.  We got home with his new cast and he adjusted to it quickly learning how to walk and run even with the strange shape of the cast.  He has also been playing games with everyone!  He initiates play with Hazel to tickle him, and with Brody to build pillow forts and then they destroy them.  He also comes running in the room and says "Mama - Potty!" and runs to the bathroom.  I follow him as he laughs all the way.  He sits on the potty and says "bye bye" and so I leave.  Then he comes and gets me again and wants me to chase him back there and he laughs so hard.  It is so cute to see him initiating play with all of us and calling us by name.  He is communicating SO well and telling us what he wants and it is amazing.  He is continually improving and  I know this is just the beginning.  This sweet little boy will someday be whatever he wants to be - something amazing - I am sure of it.

Happy Saturday!
Tammy
Posted by Brain Balance Mom at 11:00 AM